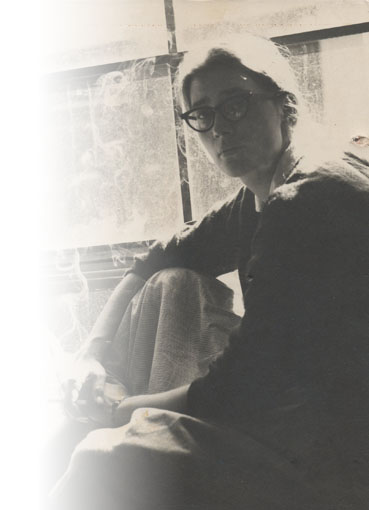 Jane Carr is a painter of landscapes in egg tempera on panel. She paints the area where she lives on the Northwestern edge of the Catskill Mountains in Treadwell, NY. Carr uses the jewel-like quality of egg tempera color to catch the effects of light and atmosphere in the long hollows of the western Catskills, and is particularly interested in how landscapes are altered by farming, animals, buildings and weather. She often includes antique farm machinery, local buildings and animals in her paintings. She works from sketches, photographic reference and quick watercolor studies. Carr has been painting for over fifty years, and her first invitational show was in 1966 at the John Slade Ely House in New Haven CT.

Jane Carr is a member of the Society of Tempera Painters, The Hamilton Street Club in Baltimore, The GNAF Society, The Cooperstown Art Association and the Upper Catskill Community Council of the Arts, and is an artist member of The Smithy Pioneer Gallery in Cooperstown.

As a girl, I walked every Saturday through the Cone Collection of the Baltimore Museum of Art. I was at the Museum every Saturday because, at the age of ten, I was already taking art lessons. Even then I knew I wanted to be an artist.

I was lucky it was the Cone Collection — not simply because of the breadth and depth of its collection of late 19th century and early 20th century masterpieces, but more particularly because it has the world’s largest and most significant collection of works by Matisse. It was this artist’s work that drew me — even more than the amazing works of Cézanne, Picasso, Gauguin, and van Gogh that also hung on the Cone’s walls.

I was lucky to find the teachers who were able to help me realize my dream. These include my teachers there at the Museum, Belle Boaz, Bob Wirth and Jack Stephens.

Eleanor Graham was my art teacher during my twelve years at the Bryn Mawr School in Baltimore. She never tried to teach me “the right way” to draw or paint, but instead gave me the materials, let me experiment, and helped me evaluate what I’d produced.

Ceramicist Marcus Aurelius Renzetti was my chief influence at the Philadelphia College of Art during the freshman foundation, as well as a friend for many years. He introduced me to sculpture and encouraged me to major in Dimensional Design. I was the only woman in my class major. Also among my teachers in Philadelphia were Louis Finkelstein, Hugh Wiley, Natalie Charkow and the great Louis Kahn.

I enrolled in the sculpture department at the Yale School of Art and Architecture, in order to study under James Rosati. At Yale I was reunited with both Louis Finkelstein and Bob Wirth, and met Bernard Chaet, who taught me how to draw well.

I was lucky to have had so many remarkable people take me under their wings. Over the course of more than sixty years, I think I have managed to become an artist. The road has been long and at times difficult, but the reward – that every day I do what I love – has made it all worthwhile.